Bleh. I’m home sick today. Even scrambled as my brain is from the fever, I’m determined to make as coherent of a blog post as I can.

I heard of Kiera Knightly’s interview on Ellen DeGeneres’ show in October and how she said that the Disney Princess movies Cinderella and the Little Mermaid were banned because in both cases they were movies about two women saved by men.

Now, personally I think that banning kid friendly movies on the grounds that their ideologies may fundamentally disagree with yours is not the best way to go about things. I would put Ms. Knightley’s wish to ban Cinderella and Little Mermaid on the same level of silliness as a fundamentalist Christian depriving Harry Potter from their children for supposedly promoting Witchcraft. Which then results in said children missing out on the good messages Harry Potter gives like bravery, friendship, fighting for what’s right when the odds are against you, and many other wonderful lessons. 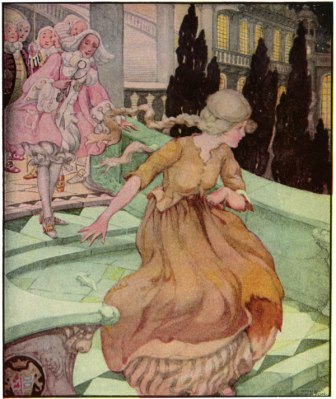 Though, I’m not here to criticize a rich actress that I’ll probably never meet and her child-rearing choices that don’t in any way affect me. I’m here because the story of Cinderella has been a recent obsession of mine and I just feel the need to write about it.

All over the world, the story of Cinderella has existed in some form or another. You do have our current Disney version, Germany’s Ashenputtel. Non Western cultures like China, Egypt, East India (Anklet for a Princess), and Native American folklore (The Rough Faced Girl). These are just a few examples out of hundreds.What is it about this fairy tale that is so pervasive in so many cultures? What is it about Cinderella that is so pervasive in all of our minds?

Though there are different variations of the story, they all have these obvious things in common: a young maiden being abused by stepmother and at least one stepsister, her biological mother is dead, in some form another her patience and goodness is rewarded and she’s able to leave her stepmother (usually a royal marriage, but sometimes treasure too).

When these tales were first being written, childbirth was one of if not the most common way for women to die. This meant there were a lot of children already growing up without a mother. Stories like these, even the darker versions (Ashenputtel where the stepsisters cut parts of their feet off to fit the slipper), were probably a great comfort to these children.

They were not meant to shield children from outside dangers, but they were meant to help children go through dangers ever present in their own lives. Maybe their father married a woman already having children of her own, who put her own children’s needs before her newly-obtained stepchild.

Cinderella, in all versions, represented a kind of role model. She could very well be seen as a weak, helpless victim trapped in a bad situation. Her stepmother and stepsister’s laziness, vanity, cruelty, and malevolence could’ve very well rubbed off on her. She could have wallowed in self-pity, bitterness, and could have easily become just as bitter, corrupt, and nasty as her oppressors, but she didn’t. In every version, she retained her goodness, which then in turns attracts supernatural forces to come to her aid and help her out of her situation. 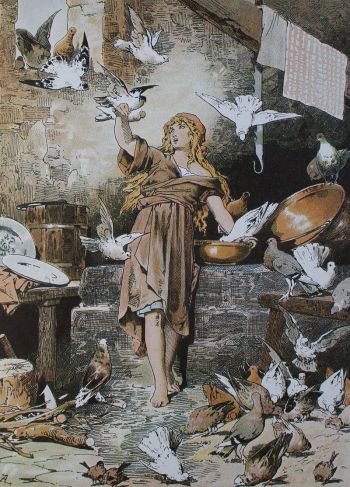 In response, I think that in the face of hardship, it is far better to try to make bad situations less miserable (especially if you’re doing what you can to get out of them), then become bitter and make your situation worse. In Cinderella, the prince or treasure represent an ultimate good worth being reached for. You might say there’s no point in hoping to achieve an ultimate good, but I think it’s worth reaching for perfection, but then falling to a good place rather than being stuck in a bad place, or, even better, making it worse.

If you’re able to remain kind and honest in the face of cruelty, I think the people around you notice it more, want to be your friend, help you out, and whatnot. As a general rule, people don’t like people who are jerks. The people who first recited the Cinderella folklore knew that too. The divine elements of Cinderella (ie, the animals and the fairy godmother)  came to her aid because she was good. 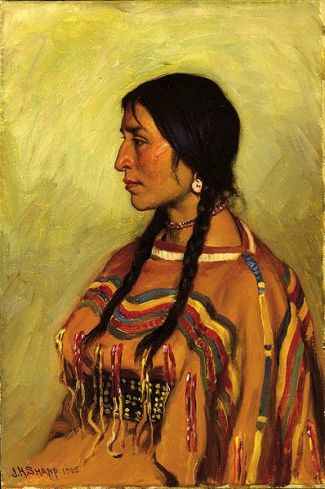 I really like the Native American Rough-Faced Girl story because the Cinderella’s special quality was her truthfulness. Again, she was also treated badly by her stepsisters, to the point where they even burned her face because they were jealous of her physical beauty, but she remained strong and honest through her suffering. Her stepsisters wanted to marry the invisible prince, but they lied to the wise woman (his sister) when she asked if they saw him, so she sent them home. When Cinderella tried her luck, she was honest and said she couldn’t see him. The wise woman told her to look again. Not only could she see him now, but he was so impressive his bow was the rainbow and his sled was the milky way. Her reward for her honesty was not a marriage to any rich mortal, but someone more akin to a god.

Even Disney’s version of Cinderella (which I will not have a picture of because, it’s not public domain), you do see Cinderella struggle. She isn’t a perfect little cupcake. She greets her stepmother and stepsisters warmly when she brings them breakfast, they start snapping at her, and her voice is downcast when she leaves the room. You see her slowly breaking down up until the final breaking point just before her fairy mother comes. Her fairy godmother insinuates that because Cinderella still had some faith left, the fairy godmother was able to appear. Which has a message about in the bleakest of times, there’s just that little glimmer of hope that we see that gives us the strength to move on.

We all face hardships. There are situations you just can’t escape from, at least not right away. Maybe someone close to you is dead or dying and you’re suffering not just your own pain, but the pain of everyone around you. There’s fighting, something about wills, sorrow, resentment, but if someone was strong enough to not succumb to this horrible situation, but instead take charge, plan the funeral, comfort the mourning. Maybe you can take a page from Cinderella’s book and try to make it better, because you can always make it infinitely worse. And why wouldn’t you? Nobody knows how bad you’re suffering, maybe if you dragged everyone else with you, they’d have some idea. 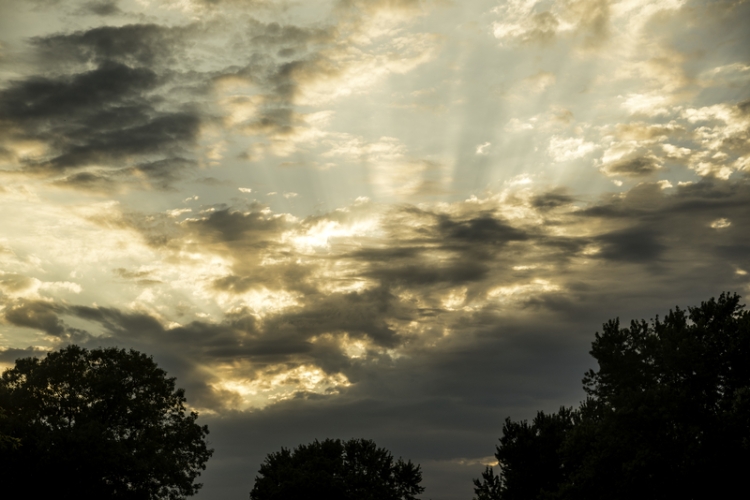 Maybe you are facing a tyrant in your life, like the stepmother. Maybe it’s your teacher or boss. I know I’ve dealt with teachers and bosses who were tough on me, but they legitimately cared about the kind of ships they were running and only wanted me to improve. When you find out your boss/teacher is treating you badly because and make it clear they’re insecure/power-hungry, this can cause a serious blow to your psyche, sense of self-worth. Unfortunately, getting out of an abusive situation like that isn’t always easy. Whether you need to do well in that class because your need your GPA to stay up, or you need to stay in that job to well, eat and pay bills at least until you can find a new one.

So, to sum up, Cinderella isn’t just a rags-to-riches story, or a story about a pathetic damsel needing to be rescued. I don’t think it would have been so prevalent cross-culturally if that was all this story was. It’s a beautiful story about a person who has a hard life filled with suffering, but rather than letting the situation turn her bitter, she has the fortitude to stay strong, resilient, and honest in the face of malice.

2 thoughts on “Banning Cinderella is Dumb, but not Surprising”